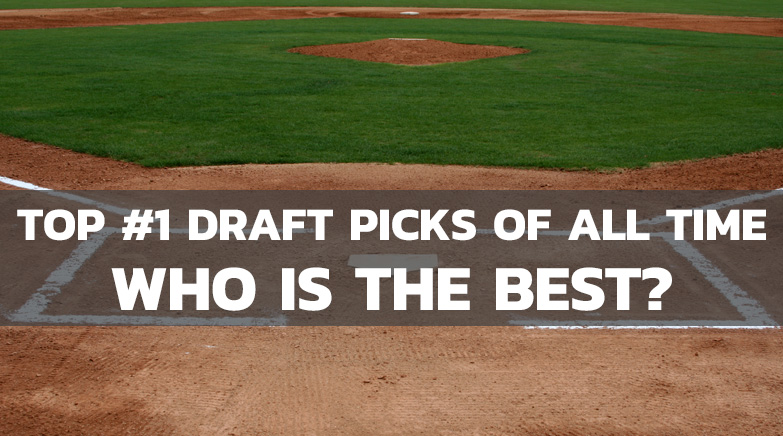 The odds of cracking a Major League roster are already very slim, let alone having just an average career. Being drafted number one overall is a major accomplishment, but the track record of number one picks succeeding in the Majors is not great. We still have to wait on some of the more recent draft picks, but we have seen enough of names like Bryce Harper, Stephen Strasburgh, and Gerrit Cole have enough success to chalk them up as strong first overall picks. The Draft begins in 1965, so many names before are not eligible to make this list.

Harold Baines was drafted out of high school back in 1977. He went onto have 2,866 hits and 384 home runs. He also had an .820 OPS. Baines ended up being inducted into the Hall of Fame and spent 14 years with the White Sox. He also played for Baltimore, Oakland, Texas, and Cleveland.

While Daryl Strawberry had his off the field issues batting substance abuse, he was one of the top bats when on the field. He went to eight straight All_Star games and won the 1986 World Series with the Mets. He would also later on go to the Yankees and earn another three titles. Strawberry won rookie of the year with 26 home runs and would continue to hit above 25 home runs in a season until 1992.

Ken Griffey Jr. is arguably the best number one overall pick, although you can make a case for a few others. However, for me, he is the best. Griffey would become a ten-time Gold Glover and was a Silver Slugger seven times. He hit over 600 home runs in his career and had a .907 OPS. Griffey began to suffer injuries later in his career, otherwise, we’d be looking at numbers far higher. Griffey hit for power and contact, but also played an amazing center field and had the speed to go with all of that.

Chipper Jones is one of those you could argue as the best, finishing his career with a WAR of 85.2. He had 2,700+ hits, 468 home runs, and a .401 lifetime OBP. Jones was a part of some historic Braves teams, leading them to a World Series in 1995. Jones was a switch-hitting machine, and of course, just named to the Hall of Fame back in 2018. The Braves lucked out as Todd Van Poppel didn’t want to play with Atlanta, therefore leading Jones to be picked.

There is going to always be controversy when looking at this era due to the performance-enhancing drugs that came with it. However, Alex Rodriguez is still one of the best players ever and one of the best first overall picks. He is one of the three players with over 3,000 hits and 600 home runs. He had a career .930 OPS and was a two-time Gold Glover. Rodriguez won a World Series in 2009 and was a three-time MVP.

The lifespan of a catcher is rough, but Joe Mauer had a long 15-year career where he had over 2,000 hits and brought home three batting titles, three gold gloves, and an MVP award. In his first full MLB season, he had a .369 OBP and then hit .347 in his next season. Mauer would have his best year in 2009 where he had a .365 average and hit 28 home runs.